Skip to main content
Read time: 0 mins
How do Smoke Alarms work?
There are two main types of smoke detectors: ionisation detectors and photoelectric detectors. A smoke alarm uses one or both methods, sometimes plus a heat detector, to warn of a fire. The devices may be powered by a 9-volt battery, lithium battery, 230-volt house wiring or an alarm panel.

There are two main types of smoke detectors: ionisation detectors and photoelectric detectors. A smoke alarm uses one or both methods, sometimes plus a heat detector, to warn of a fire. The devices may be powered by a 9-volt battery, lithium battery, 230-volt house wiring or an alarm panel. 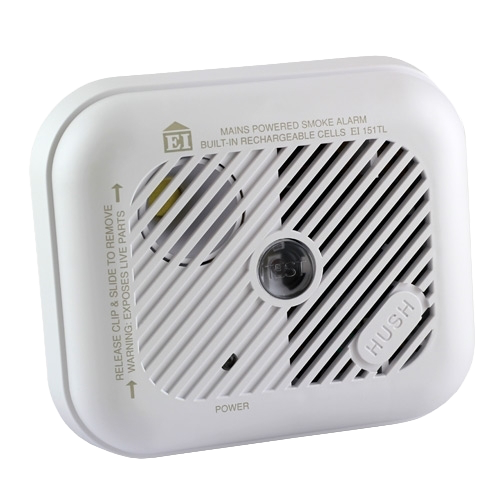 The battery applies a voltage to the plates, charging one plate positive and the other plate negative. Alpha particles constantly released by the americium knock electrons off of the atoms in the air, ionizing the oxygen and nitrogen atoms in the chamber.

When smoke enters the ionization chamber, the smoke particles attach to the ions and neutralize them, so they do not reach the plate. The drop in current between the plates triggers the alarm. 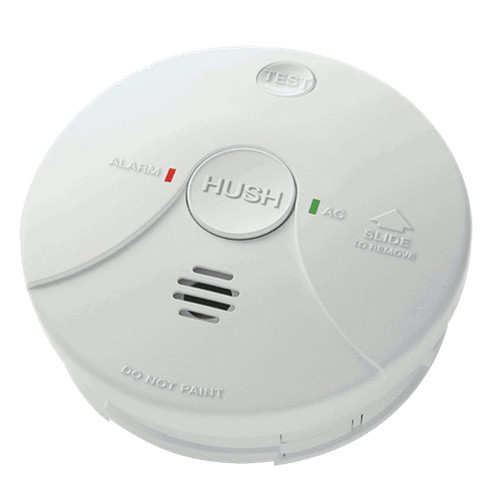 In one type of photoelectric device, smoke can block a light beam. In this case, the reduction in light reaching a photocell sets off the alarm. In the most common type of photoelectric unit, however, light is scattered by smoke particles onto a photocell, initiating an alarm. In this type of detector there is a T-shaped chamber with a light-emitting diode (LED) that shoots a beam of light across the horizontal bar of the T.

A photocell, positioned at the bottom of the vertical base of the T, generates a current when it is exposed to light. Under smoke-free conditions, the light beam crosses the top of the T in an uninterrupted straight line, not striking the photocell positioned at a right angle below the beam.

When smoke is present, the light is scattered by smoke particles, and some of the light is directed down the vertical part of the T to strike the photocell. When sufficient light hits the cell, the current triggers the alarm.

A sleeping person is unable to smell smoke and therefore cannot detect a fire. Smoke alarms are an essential early warning system that help save lives by waking occupants and alerting them to the dangers of fire and smoke.Building regulations state that every existing home must install a working smoke alarm by February 1999. New homes must have smoke alarms installed prior to occupancy.

Some types of smoke alarms can be interconnected to each other, so that if one alarm sounds the other alarms are also activated.Houses with a children's wing need interconnected alarms linking to an alarm near an adult's bedroom. Studies have shown that 85 percent of sleeping children do not wake to the sound of a smoke alarm.

A smoke alarm that's not working is useless and provides a false sense of security.

For more information visit one of the following web sites;